$wpsc_version = 169; Heart and Soul of the Chicago Cubs since 1976 — Tortured Fan Base
Subscribe via RSS

All Hail the Ricketts

Mr. Tom Ricketts, the paperwork has gone through, the votes have been tallied, bankruptcy judges have approved, money has changed hands. You, your family and your limited liability company officially own the Chicago Cubs. You are our leader!

Yep- we own the scoreboard, ivy, marquee, warning track, is there anything we don't own here?

Who are these anonymous ultra-rich Nebraskans and what are they planning to do with our cherished ballclub?

Is Tom going to be the George Steinbrenner of the Midwest? Brashly firing managers and spending freely on every top notch free agent in a blood-thirsty, ego-filled quest to put another notch in his championship belt.

Is he going to be a second rate Steinbrenner, like the Mets’ Fred Wilpon? Brazenly overpaying for free agent talent that the other big dogs pass on in a passive attempt to capture some attention from the Yankees— but always looking outclassed.

Or will he run the franchise in a corporate family style? Meekly keeping things running while accumulating a healthy profit, occasionally making an ill-advised offseason signing to energize our tortured fan base only to see our false hopes predictably crushed by Memorial Day.

Or will he be baseballs’ Mark Cuban? Part owner/part mascot, a loud mouth geeky innovator with deep pockets and a visible/audible presence at every home game, passionate and smart but way too involved, way too arrogant and grating at even medium doses.

Or is he the second coming of the Blackhawks’ Bill Wirtz? Ugh. The worst thing that can befall any franchise. A crusty old penny pincher that sucks the life out of your team (and local beer inventories) forcing you to wait it out until he kicks the bucket.

My initial glee in the Ricketts ownership coup turned sour as I considered some of the scarier possibilities. Concern morphed into an all-consuming passion. I needed to know what we were getting into with this group of bland cornhuskers.

While my real Dad has done an imperfect but commendable job in the parenting department, the Cubs took on the role of my abusive father, there for me long enough to get me to believe things were different, only to have the rug pulled out from under me in the end. I don’t want to disown my abusive baseball franchise father but I need my expectations to be tempered.

Have things changed? Is it different now?

I found myself scouring the internet looking for every bit of information I could dig up on this family. I had to listen to every interview, I had to dissect every statement and interpret every facial tic. I had to use knowledge to control the situation. The more I knew the better I could determine their intentions, the better I could forecast the outcome of this ownership, and the better I could blunt any future trauma.

But the more I read, the less I knew. Every interview sounds the same, and every article about them sounds like it was written by Mama Ricketts for the family Christmas letter. I was going nowhere. So I took a page from two lions of literature: Malcolm Gladwell and Sherlock Holmes (the gentlemanly old school version, not the perpetually shirtless Robert Downey, Jr.). 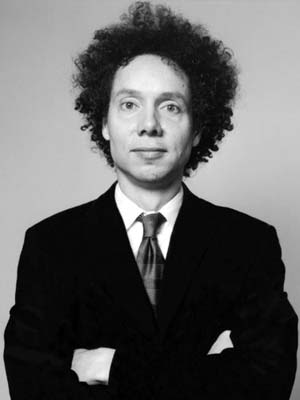 Not really a private investigator

In Blink, Gladwell says that people believe the more information they have to make a decision, the better that decision will be–but Gladwell argues that the opposite is true. We tend to over think.  We need less information. We need to thin slice.

Legendary detective Sherlock Holmes is known for his deductive reasoning. That is, noticing small details from which he can logically infer larger truths. Like the time Watson came to his office and Sherlock was able to deduce that he just had lunch with an amorous woman because he noticed some mustard on Watson’s mustache and just a touch of bounciness in his step.

The case of the missing championship

So thank you Malcolm, thank you Sherlock. Because now I know all I need to know about how the Ricketts will run the team from one simple fact!

It’s not that Tom is a lifelong Cubs fan or that he lived a block from Wrigley Field in 1984 or that he met his wife in the bleachers or that he seems to wear blue suits a lot.

I can deduce everything I need to know about the Ricketts because they are from Nebraska.

Nebraskans are conservative in temperament. Even if a Nebraskan was so inclined to get a Ferrari, they would keep it in a garage while driving a used Ford Taurus around town, not even mentioning their Ferrari unless someone else brought it up. You are not going to see the Ricketts glory-hogging their way into the spotlight, spouting off on a blog or making shows of themselves. They will play it low-key because their piano doesn’t have any other keys.

They bought the Cubs for the long haul. They are not looking to flip the Cubs like a block of South Florida condos in 2007. While their family fortune was made by building the tool of the day trader, TD Ameritrade, Nebraska is Warren Buffet country. His well worn formula of buy-and-hold-value-investing meshes perfectly with the old fashioned, no-flash ethos of the rural heartland. The Ricketts are going to take the current money-making shell of a team and build the Cubs into a real major league organization by upgrading facilities and investing more in scouting and analysts.

Nebraskans are Farmers. They like farms. The Cubs have an ailing farm system. Expect the Ricketts to show up in Peoria/Iowa/Daytona dressed in overalls, driving a tractor and doing what they can to grow some quality ballplayers.

Nebraskans aren’t looking to reinvent the wheel. They are not innovators. They seek out reliable time tested methods and are skeptical of the wild fantasies of the dreaming class. Take the Ricketts at their word when they say they are going to model the Cubs after the Red Sox. While I have some long time loser envy for the Red Sox and their obnoxious nation, they have established a good model for how to turn a flawed franchise into a perennial contender.

Don’t expect any sudden changes, but this time it really is different.

Andre Dawson is going to Cooperstown

A big congratulations to the Hawk on his long deserved election to the Baseball Hall of Fame.

1987 must really have been a more innocent time.  Before steroids, when ball girls could wear shorts, when cigars could be smoked in the stands,  when 47 home runs in a season was a remarkable achievement,  before upwardly spiraling salaries created a gulf of money separating the fans from the stars they adored.

Anyone who watched the Hawk knew he was destined for the Hall.  Critics might quibble over  imaginary numbers but the man is worthy on the basis of his fearsome arm alone.

I still have never seen another player throw a baseball the way #8 could.

At the park I sat transfixed – on TV they would be showing commercials but what you could see in between innings was well worth the price of admission.  To call Dawson’s arm a cannon is simply an insult to Newtonian physics.  He repeatedly and effortlessly tossed balls with absolutely no arc.

As a tribute to the man, we will reflect back on the moments in Cub history that made Andre into the Hawk.

When Dawson played at Wrigley he was unquestionably the best player on the field and the undisputed leader.   The ferocity that he played with day in and day out is a special trait that eludes all but the most elite baseball players.    His longevity, milestone achievements,  and dedication are enough testament to his quiet grit and fortitude.

Thanks for spending part of your career with us at Wrigley,  the Tortured Fan Base salutes you!